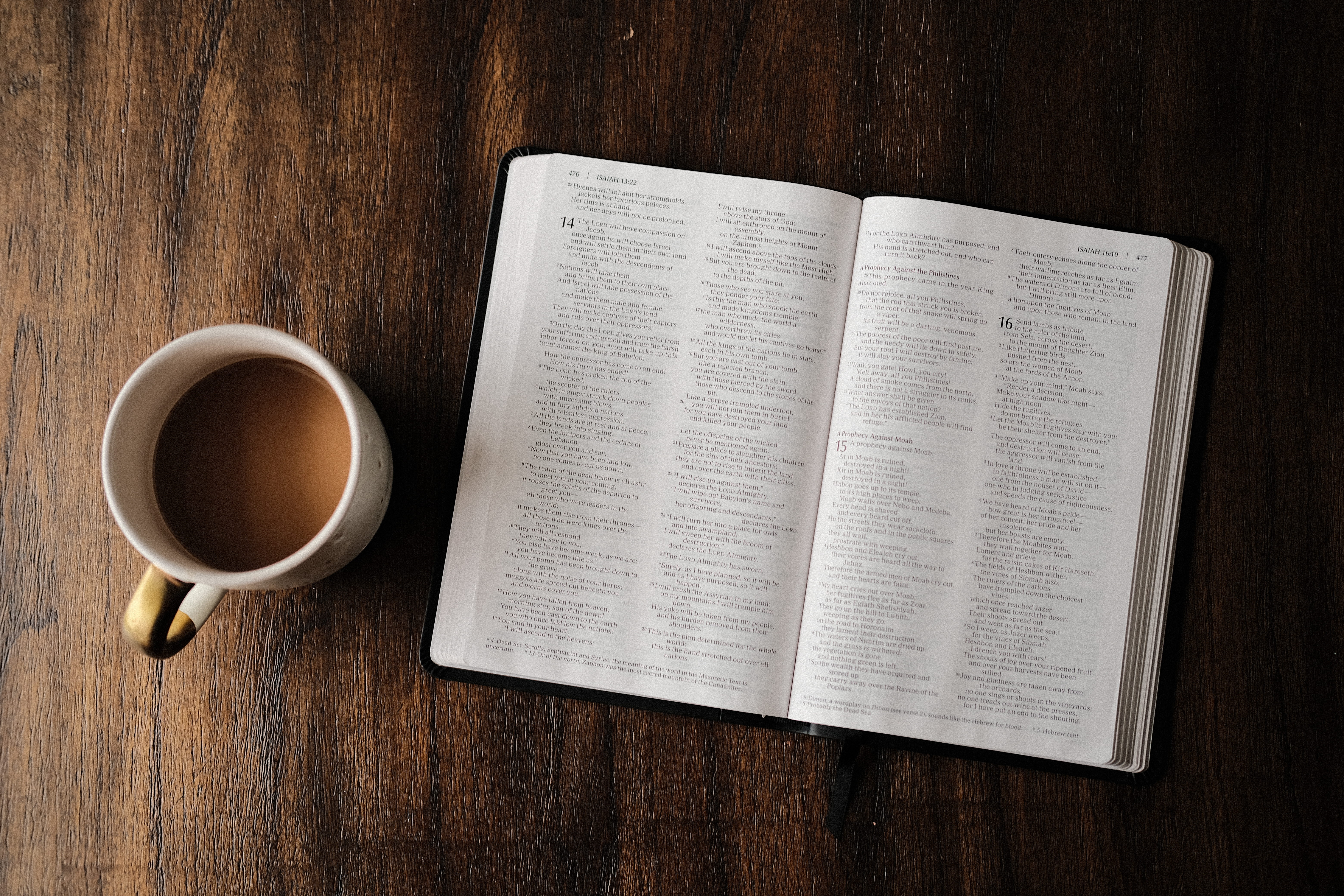 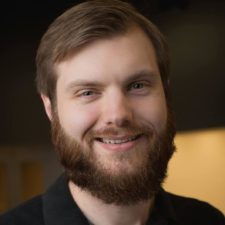 What makes us protestant? Many people believe that the birth of the protestant reformation came from Martin Luther’s understanding of Sola Fide, the belief that salvation is by faith alone. While that is not wholly inaccurate it is, to some degree, placing the cart before the horse. To stick with the metaphor, the horse that brought the cart of Sola Fide was Martin Luther’s going back to the sources, namely The Holy Scriptures. It was when Martin Luther searched the Scriptures and rediscovered doctrines that had been suppressed by popes, councils, creeds, and traditions that the protestant reformation began. Seemingly, we can name Sola Scriptura as the powder keg of the reformation. It was in the scriptures, the fount of the wisdom of God, that the gospel was rediscovered by not just Martin Luther but each of the reformers. What was so controversial about the reformers? It was their understanding of authority. They would gladly watch any pope’s word, council’s affirmations or tradition’s practice be purged by the authority of Holy Scripture. Luther and other reformers, many with their blood, confessed that scripture was the only infallible rule of faith and practice for the Christian life. What makes us protestant? Sola Scriptura, and subsequently tota scriptura, that all of scripture is God-breathed, makes us protestant. We rejoice in the line of Men who fought, bled, and died in defense of the Word of God as sufficient. We rejoice because by their understanding of Sola Scriptura the reformers rediscovered the glorious gospel of God. Salvation by grace alone through faith alone in Christ alone to the glory of God alone.

I can say with great confidence, that the doctrine of Sola Scriptura is the one by which the Church of God rises and falls. Three thoughts I’d like to flesh out. First the substance of Sola Scriptura, namely the breath of God. Second, the mortification of traditions in light of Sola Scritpura and the use of secondary authorities. Lastly, the modern day notion of what has been come to be called Sola feels.

Why is scripture the only infallible rule of faith and practice for the Christian life? It is the only infallible rule because of its substance. To war against the doctrine of Sola Scriptura is, in essence, to argue against the sufficiency of the Word of God. When we deny Sola Scriptura there is a necessary preconceived notion that the Word of God lacks sufficiency. When that notion gives birth it gives birth to two types of children either charismatics, always looking for a new experiential revelation; or traditionalist, normally expressed by adding authority based upon human wisdom and traditions. These twins are not identical but they are certainly fraternal. Paul writes to Timothy,

16 All Scripture is breathed out by God and profitable for teaching, for reproof, for correction, and for training in righteousness, 17 that the man of God may be complete, equipped for every good work.

Two things to notice, Notice the language, we see imagery that forces the reader to look back to the garden. “Breathed out by God” reminds us of God’s creation of all things as well as the lifegiving nature of his breath. It also points us to passages like Ezekiel 37 where we see God’s breath give life to dry bones. With imagery like this Paul is highlighting the unique authority and power of the breath of God and in doing so highlights the unique authority and power of the Word of God. Paul equivocates the breath of God to the Word of God. Let’s pause here and consider the gravity of claiming scripture is insufficient. Was God’s breath insufficient in bringing all things into existence? Was God’s breath insufficient in breathing life into Adam? Was God’s breath insufficient at the valley of dry bones to raise up an army from bones? To each of these, we shout, “It is sufficient!” Then we come to the Holy Scriptures and say, “meh.” Treason. It is treason. Harsh language, yes. Harsh crime? Why this is the crime that birthed the Fall! Saints, let us tremble before the breath of God as all-sufficient.

All these things my hand has made,
and so all these things came to be,
declares the Lord.
But this is the one to whom I will look:
he who is humble and contrite in spirit
and trembles at my word.

We must realize the protestant reformation hasn’t ceased to be necessary. To this day we see popes, councils, creeds, and traditions that aim to supersede the authority of Scripture. What is most disconcerting about the long war against the authority of scripture is its covert nature. The Roman Catholic Church would never say the Word of God isn’t authoritative, they simply add other authorities into the mix. Thus, we have the authority of Scripture, the authority of the Pope, and the authority of church tradition. What happens when we see Pope, tradition, and scripture collide? The true authority is made clear. What authority trumps all others? Look at the authorities in conflict and you will see which authority has the supremacy. This day always comes. Yet of this we are convinced, no creed, no council, no tradition, no pope possesses the authority of Holy Scripture. This means that when traditions, councils, popes, or creeds contradict the Word of God we, like the reformers, must gladly watch those pseudo-authorities be torn down by the immutable Word of God. Let’s not fail to be introspective, as protestants it is easy for us to shout “Amen” when someone is discussing the woes of popish traditions. It is clear that within evangelicalism we have created many traditions that are outside of Biblical orthodoxy revealing the natural sway of man from the Word of God. Thus the long war is just that, a war. Sola Scriptura is not only a doctrine, but it is also a weapon of war. It is a weapon of War for the soul of the Church, should this weapon, this Sword, be mitigated by the “equal” authorities presented by foolish men, or dropped by the weak fingers of liberalism then the soul of the Church may be lost altogether. But this we know, the Sword of the Spirit cannot be conquered by “equal” authorities for there are none. The Sword of the Spirit will not be dropped by the hands of true saints for the Spirit of God empowers their weak fingers to hold tightly.

For the word of God is living and active, sharper than any two-edged sword, piercing to the division of soul and of spirit, of joints and of marrow, and discerning the thoughts and intentions of the heart. 13 And no creature is hidden from his sight, but all are naked and exposed to the eyes of him to whom we must give account.

Our society places high emphasis on relative truth. We have seen this permeate the church in many ways but none so much as the cliche Sunday school question, “What does this text mean to you?” Lovingly, if you ask this question in your Sunday school class, stop. It is, in essence, an appeal to emotion. What a wretched thing appealing to emotion is. I am convinced that this is the birthplace of liberalism inside many local churches. Scripture has one intended interpretation, many applications most certainly but only one interpretation. This leads me to Sola feels. Let me define my terms, sola feels is the belief that feelings make something true, feelings are reality. Feelings are fickle and are never to be the starting point for reaching the truth. Truth must be that which influences our feelings and should that order flip our world will spin out of control. So, how does this interact with Sola Scriptura. It interacts with Sola Scriptura because sola feels is the new authority. There are two ways we see this play out. First, we see sola feels being used to interpret Scripture. Passages that are abundantly clear being “reinterpreted” because people didn’t like the way it made them feel. Worse yet, many read their worldly definitions into the text. The word “love” is perhaps the most abused. For instance 1 John 4:8, “God is love” is often used to make love god rather than God being in and of himself love. At that point what “love” are we talking about, it must be the reader’s definition and not the authors intended meaning. It is a great error that leads to all types of confusion as well as undermines the authority of the Scripture. Secondly, we see Sola feels used as a higher authority than scripture. So, when Scripture teaches something that makes an individual feel bad about themselves or something they have an affection for they simply overwrite the authority of Scripture by their feelings. How many bible studies are interrupted with, “well, I feel like.” Understand that Christians are called to care about the feelings of others. Christians are called to be conformed to image of Christ, and Jesus expressed emotion and feelings during his earthly ministry thus they have their place. However, they must be placed under authority not over authority. Feelings do not dictate truth, feelings should be a response to truth. Sola scriptura and sola feels, much like Sola scriptura and Popish traditions, cannot occupy the same space without one dominating the other.

9  The heart is deceitful above all things,
and desperately sick;
who can understand it?
10  “I the Lord search the heart
and test the mind,
to give every man according to his ways,
according to the fruit of his deeds.”

What a gift the Spirit of God has given to his church. The Scriptures are, in every sense of the word, sufficient for the Christian life. When popes, the traditions of men, councils, and creeds would err the Scripture remains immutable. When our emotions flare up for that which God condemns as sin when our own fallen desires rage and call evil good and good evil the Word of God stands to correct our emotions and by the Grace of God in Christ sanctifies those fallen desires out of us. Without the sufficient word of God, we would be ever constantly tossed to and fro by our own fallen feelings or human traditions that are contradictory to God’s revelation. Thus the Word of God is grace to us. It is grace to us for the Spirit of God uses it to keep us from erring either to the left or to the right. Thus every Saint can say with joy that with David, “More to be desired are they than gold, even much fine gold; sweeter also than honey and drippings of the honeycomb.” They are sweet for they are a means by which we know the God who inspired them, they are sweet for in them we behold the glorious gospel of Jesus, they are sweet for in them we have all that we need for life and godliness. Thus we pray for the saints just as the Apostle Paul did,

Let the word of Christ dwell in you richly, teaching and admonishing one another in all wisdom, singing psalms and hymns and spiritual songs, with thankfulness in your hearts to God.

Lawson Harlow is the planter and primary teaching elder of Mercy Hill Church.